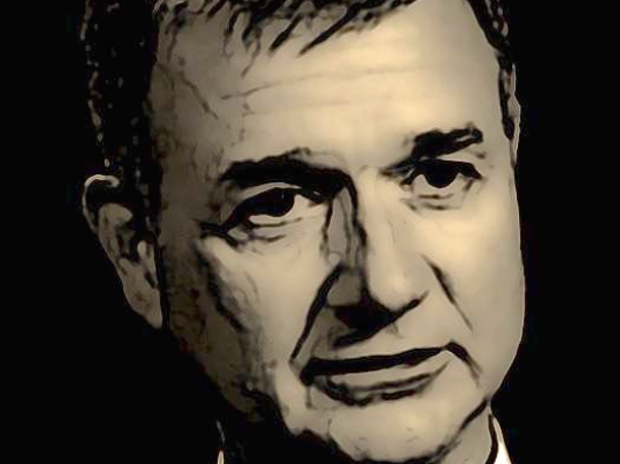 We just launched Water and Justice with Fletcher Harper For Individuals and For Groups.

As part of every baptism in the Episcopal Church, the priest or bishop who performs the baptism thanks God for the gift of water with the following beautiful prayer:

We thank you, Almighty God, for the gift of water.
Over it the Holy Spirit moved in the beginning of creation.
Through it you led the children of Israel out of their bondage
in Egypt into the land of promise. In it your Son Jesus
received the baptism of John and was anointed by the Holy
Spirit as the Messiah, the Christ, to lead us, through his death
and resurrection, from the bondage of sin into everlasting life.

Baptism in water, which we associate with healing, cleansing, and salvation, is part of every Christian denomination. 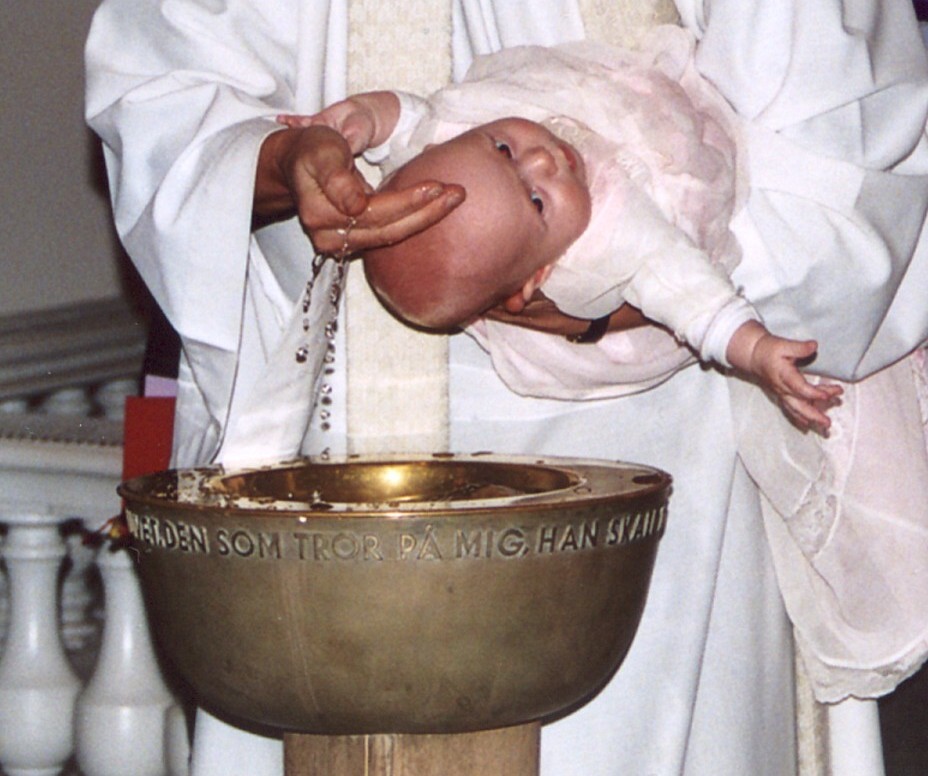 Christians are not alone in our reverence for water. The Hindu religious tradition holds rivers as sacred, particularly the Ganges, in which Hindus immerse themselves for prayer rituals. 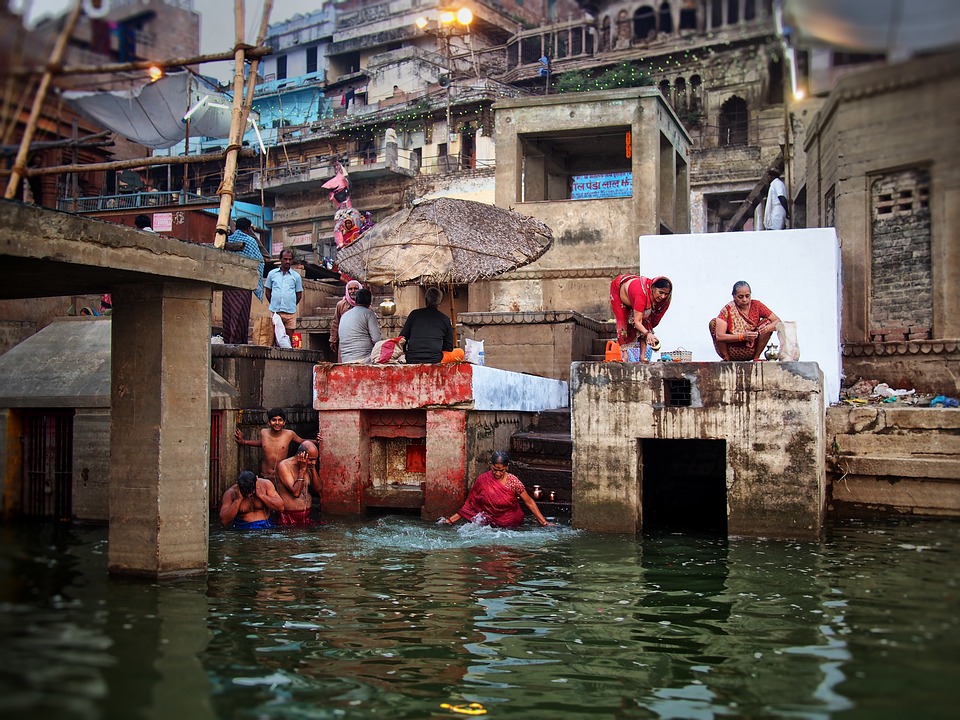 Islam requires the faithful to perform ablutions before they enter mosques and at other times as well. An image of part of the minor ablution called wudu appears below. 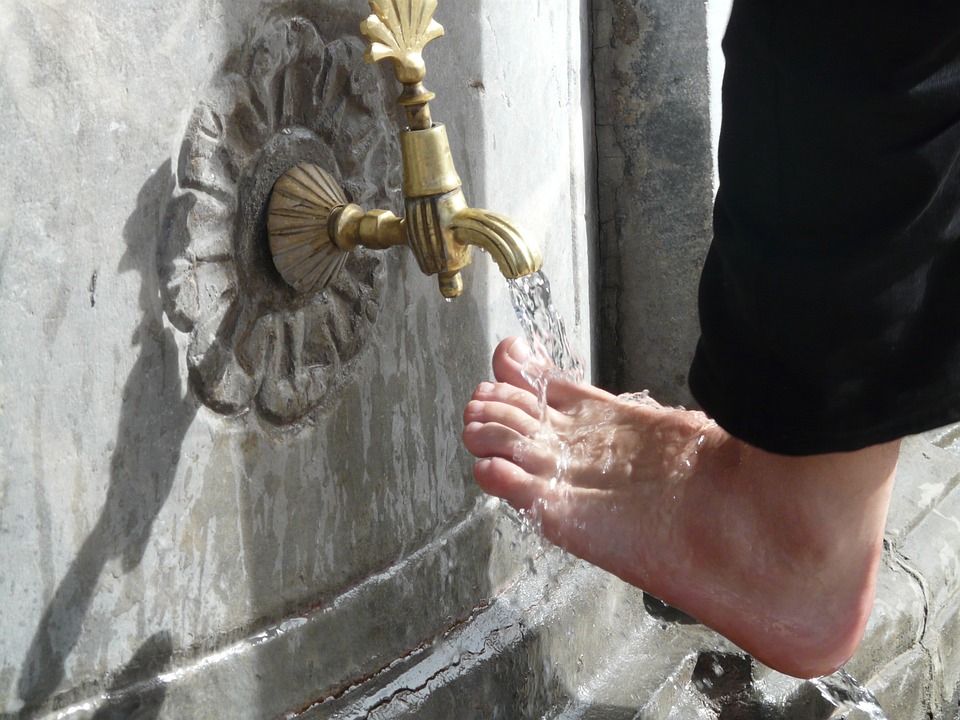 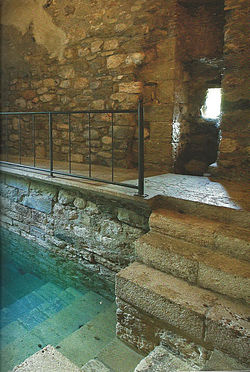 Judaism too has ritual ablutions, some of which are performed in the mikveh, a ritual bath.

Most religious traditions, in short, include water as part of their sacred rituals and treat it with reverence. Water is a basic requirement for life.  Humans can live weeks without food, but only days without water.  We connect water with healing, with power, with cleansing. It is no wonder that faith traditions incorporate it into their most fundamental sacred rituals.

The Bible tells Christians that water is a great gift from God and reveres it as a human necessity and as a holy symbol repeatedly throughout the Old and New Testaments. In Genesis 1: 1-2, we are told that water was part of creation before anything else. Water appears  as an element of power in the Great Flood and as a basic human need when the Nile turns to blood in Exodus. It is associated with spiritual healing and God’s mercy in the psalms (see Psalm 41, for example). In the New Testament, Jesus is baptized in water, heals with water, offers living water. Repeatedly, the Bible connects water to the sacred power of God.

In this class, Fletcher Harper, Executive Director of Greenfaith, an interfaith coalition that strives to enact sustainable environmental policies, discusses how Christians today should bring a reverence for water into our communities. He teaches about the challenges to water supplies that are developing throughout the world and discusses ways to develop a deeper appreciation of Christianity’s sense of water as a gift. Most importantly, Fletcher teaches about the impetus, but also the resources, that Christianity gives us to conserve water and minimize the effects of climate change.

We hope that this course moves you to preserve God’s gift of water in our world. Click below to see a preview.

Why not take ChurchNext lunches to the next level? We had one suggestion for parishes located in high-traffic or business districts, and we thought it was so good that we should share it. Such parishes could use ChurchNext courses as the basis for Lunch and Learn, regular weekly or monthly meetings at lunchtime during which people who might otherwise not engage with parish activities during the week could come in and learn about topics of interest to their community while eating lunch.

Because working Christians still need lunch, this ministry could serve as a great opportunity to give busy folks a chance to pray and talk about faith together at a convenient time of day. It could offer a refreshing change of pace to participants and requires no prep work by the organizers beyond setting up the internet and a table. Depending on your parish’s tendency to discuss at length, classes could be broken up or enjoyed at one sitting.

Is your church located in an area in which working parishioners might find it convenient to join you for lunch? If so, consider trying using ChurchNext classes as the basis for a Lunch and Learn program with your congregation. There is virtually no downside to giving the ministry a try, and it might be a good way to engage a different crowd of parishioners in productive prayer and discussion.

Do you wake up and do stuff every day? If so, you can most likely support charities of your choice while doing that stuff — even while doing things that you wouldn’t think people would donate money for, like walking your dog or buying ramen.

Here are six activities that, if you do them right, can make the world a better place.

During these difficult times, when so many people are angry, grieving, and fearful, many churches are in the process of considering what resources that they can offer to help their congregations persevere. What can we offer congregations that can help us act as God wants us to, especially in times of strife and contention?

This post is mainly for churches with ChurchNext subscriptions as you consider what resources you have to offer. The following courses might be particularly helpful at this time for groups or individuals in your congregation:

Social Justice:
We have many social justice classes, but we believe that these courses can help Christians

strive for social justice in areas that are particularly relevant today:
Responding to Refugees: Allison Duvall from Episcopal Migration Ministries offers Christians specific ideas about how to help refugees in the U.S. — obviously, a particularly vulnerable group at present.
Spirituality and Racial Justice: Presiding Bishop Michael Curry offers ideas about how and why Christians are called to pursue racial justice.
Racism and Racial Justice: Dr. Eduardo Bonilla-Silva of Duke University educates participants about the history of race and how “colorblind” racism makes itself evident in today’s culture.

Reaching Out Across Divisions:
Radical Welcoming: The Rev. Stephanie Spellers discusses new and exciting ways in which the church can reach out into the community — and particularly to the community’s most frequently overlooked members.
Bridging the Political Divide: Respected theologian and author Parker Palmer offers guidance on how to talk productively with people who disagree with us on political issues.

Educating Ourselves:
Introducing Islam: Imam Mustapha Elturk helps introduce people to what Islam is actually about. Learning about the Islamic faith from an Islamic spiritual leader can help people separate fact from fiction as we discuss the ban on refugees and immigrants from predominately Muslim nations.

Spiritual Strength and Healing:
Radical Sending: Demi Prentiss discusses the church’s role as a “base camp” — giving us

the strength and spiritual refreshment to enable us to do God’s work in the world.
Everyday Spiritual Practices: The Rev. Keith Anderson offers guidance on daily activities that can enrich our spiritual lives — a type of self-care that we need more in times of trouble.
Practical Forgiveness: Rob Voyle suggests practical ways to forgive people with whom we are very angry.
How to Pray Online: We’re spending a lot of our time online fuming. Why not spend some time online praying and meditating and enjoying spiritual community with others? In this class, Karekin Yarian shows ways to use the internet to facilitate prayer and healthy spirituality.

We hope that these courses will help as you and your congregation navigate your way, with God’s guidance, through this troubled period in our nation’s history. We hope they help. May the peace of the Lord be always with you.