We just launched Music and Liturgy with Michael McCarthy For Individuals and For Groups.

This song is known as one of the most influential blues songs in musical history , but it’s based on the African American church’s old call-and-response gospel tradition. What’s the difference between Son House singing that song in concert with people clapping and singing the response and a soloist singing the same song in church with people singing the response? Could one consider the concert a liturgical event? And is sacred music still considered liturgical when sung in a secular context?

In this course, Michael addresses these questions and many others about liturgical music and its role in contemporary Christianity. Michael examines the role and purpose of church music in the liturgy. He discusses how liturgical music crosses the gamut of styles, genres, and musical traditions. He offers insight into the process by which musical directors utilize music to enhance and reflect other aspects of the liturgy, and he also talks about church music and the liturgical seasons.

In addition to its utility in Christian formation contexts, this course could be used by musical directors, choirs, and music teams to discuss the importance of music in the liturgy. It could also be useful in any kind of focused series on Christian liturgy. For a preview of the course, please click here. 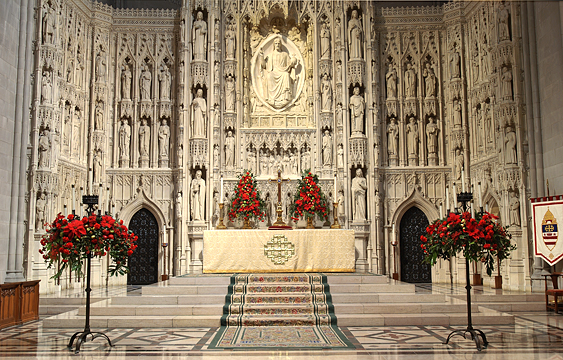 We just launched Ministry with Flowers with Linda Roeckelein For Individuals and For Groups.

Church interiors utilize elements from the created world to elevate worship. We pour holy water into fonts, illuminate the altar with flames; filter sunlight through stained glass windows. Our tradition of decorating the altar and other parts of the church with flowers and greenery falls into this pattern. We stimulate our minds into sacred contemplation by meditating on the beauty and artistry of creation; by using flowers and water and fire in symbolic rituals; by using artistry to emulate and celebrate the Creator. 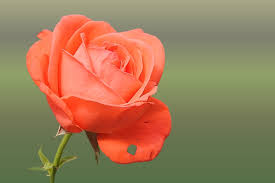 In this course, Linda Roeckelein, who has headed the Washington National Cathedral Flower Guild for decades and has taught many courses on flower arrangement in churches, discusses the ministry of arranging flowers for worship. This is not an instructional course on creating arrangements of church flowers, but rather a discussion of the art of arranging flowers for worship — how the floral arrangers find their materials; why they engage in this art; why and how churches use flowers in liturgy; what tools the artists use; practical details that they must consider.

We hope that Linda’s passion for flowers and love of this ministry inspire those who engage this ministry as much as her wisdom and experience help with practical matters concerning materials and tools.

Please note that in many of these cases, it helps if people from the parish communicate to both homebound parishioners and their caregivers about these opportunities, since some of these parishioners may need help accessing technological offerings. It can also help for homebound parishioners to enjoy these opportunities in community with others from the parish. Watching and discussing sermons and Christian education opportunities online can offer a rich focus for a pastoral visit — with the added benefit  of being able to pause the activity and return to it later if necessary.

Does your church use technology to reach out to homebound parishioners? Please comment! We’d like to hear what you do.