We just launched Bringing Worship to Life with Dent Davidson For Individuals and For Groups.

Anglican and Episcopal liturgy can be a very hit-or-miss . Done well, the beauty of a worship service done in this style can bring people great spiritual joy and fulfillment. Done in a rote or lackluster way…well, listen to comedian Eddie Izzard’s take on Anglican church worship:

It seems strange that the same liturgies and even the same music and prayers can bring such spiritual joy to people sometimes and leave them so flat at others. Take the Easter Vigil service. It can be done with poetry, passion, music, and spiritual (as well literal) fire. Some churches bring congregations outside to see the flames leap into the heavens against the dark sky and the stars. Many have parishioners bring bells and other instruments — even just their keys — to ring in celebration of the risen Christ. The Easter Vigil at these churches can fuel spiritual fire for many weeks, just as the Paschal candle burns for months after being lit at that service. But without that creativity and energy, the same service can also be dry, long, overly formal, and exhausting — lots of Latin and symbolism, and no real passion.

Eddie Izzard’s sketch indicates that many people see Anglican services in the latter light — after all, that sketch was part of an international tour that became an album and a book. People across several continents related to his portrayal of a lackluster Anglican church service enough to find it funny. 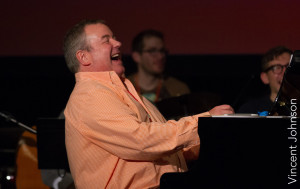 In this course, Dent Davidson, Missioner for Music and Liturgy at St. James Episcopal Cathedral in Chicago, IL and chaplain to the House of Bishops, brings his expertise on energizing worship to a church that sometimes needs it. In his first lesson, he discusses ways to make worship accessible to newcomers and visitors even before the liturgy starts. In his second lesson, he discusses the two biggest challenges that Episcopal churches face in relation to engaging people in worship. In the third lesson, he discusses ways to bring renewed energy to the prayers during the liturgy. In the fourth lesson, he examines music in worship: ways to energize it and use it to reach out to into the community.

We hope that churches will use this course to bring revived passion and energy to their worship. For a preview of the course, please click here.

We just launched What is Resurrection? with Lucas Mix For Individuals and For Groups

If you want to improve a bad day — or really any day at all — turn on Ray Charles’ song “Seven Spanish Angels,” an awesomely over-the-top song about star-crossed lovers in Texas who die in a shootout with unspecified bad guys. Seriously, it’s Ray Charles and Willie Nelson. If you’ve never heard it, take a minute and listen to this song.

There. Aren’t you happier now?

The only tiny hiccup in this otherwise epic song is that it turns the dead lovers in the Valley of the Gun into angels after they die. (Spanish angels apparently — because why not?) The whole dead-people-turn-into-angels notion has turned up a lot in popular culture over the years. Remember this book? 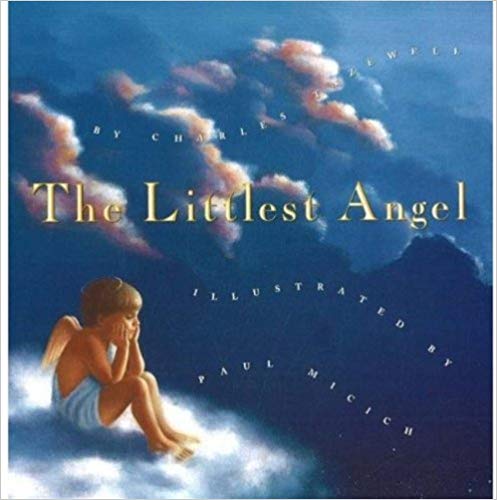 This classic Christmas story is about a little boy who has died and turned into an angel who eventually visits the Christ child. These are just two examples of the dead-people-as-angels phenomenon. This idea is popular, as is the notion that when we die, we leave our bodies and our spirits go to heaven. 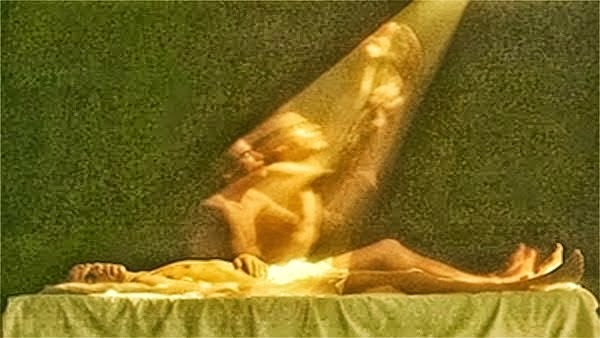 The physicality of the resurrection is a part of Christian theology that some Christians forget and that others forget conveniently — that is, they get it in theory but choose not to think about that side of the resurrection too much. Influenced by Platonism and by the overall notion that our sinful bodies tend to get us into trouble, many Christians think of the body as something problematic that we leave behind in death. If we pattern our hope for resurrection on Jesus’, however, as all of Christian theology says we should, then we must assume from reading the accounts of Jesus’ resurrection that: (1) we will rise to new life after death; that (2) our risen life will differ from our life on earth today; and that (3) our resurrection will be physical in nature as well as spiritual.

In this class, the Rev. Lucas Mix, an Episcopal priest and evolutionary biologist, discusses the nature of resurrected life, emphasizing its physicality and what that physicality means for us both in the afterlife and in our lives today. He discusses what scripture tells us about the afterlife and how Greek and Jewish ideas about the afterlife have affected the way we understand it. He examines Jesus’ resurrection and its implications for everyone else’s resurrection, and he addresses errors (like the idea of a purely spiritual resurrection) that Christians make in their thinking about our risen lives. He discusses how resurrection might happen and what happens to us between death and the last day. Most importantly, he talks about how we should live in this life to begin living into our hope of resurrection and becoming united with the created world as the body of Christ in our risen lives.

This course is ideal for people who want to deepen their understanding of the resurrection. For a preview of the course, click here.