As the pressures of a busy fall combine with the outsize frustration of a vitriolic election season, you might benefit from short spiritual rest breaks. Try Loyola Press’s free 3-minute online retreats.

A ministry of the Jesuits, Loyola Press has created a short online break from your day. A standard 3-minute retreat uses an image and soothing music. It suggests deep breathing and centering attention. It then offers a verse from Scripture, a short meditation on the passage, and some questions for reflection.

You go through the exercise at your own pace, pressing a “Continue” button when you are ready to move on. You can choose to use or silence the music. If you prefer to use a smartphone or tablet for your meditation, you can get the 3-minute retreat app at the App store for apple products or at Google play for Androids.

The spiritual refreshment is surprisingly effective given how short the experience is. To give it a try, click below. 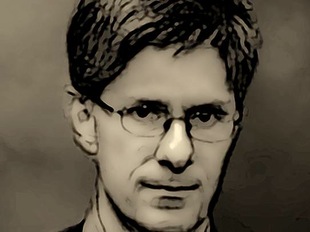 We just launched Martin Luther: Seeds of the Reformation with Alec Ryrie For Individuals and For Groups. Dr. Alec Ryrie is a professor of history at Durham University who specializes in Reformation history. Basically, if you have questions about the way the Protestant Reformation played out in Europe and especially in England, Alec Ryrie is the man you should ask. We are fortunate to be able to include two classes by Dr. Ryrie focused specifically on Martin Luther.

Martin Luther was a study in contradictions. His Catholic faith led him to become an Augustinian monk — and from there to start the Protestant Reformation. He was a theology professor at an obscure university who stayed in his relatively unimportant town — 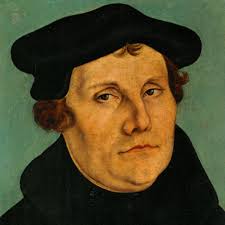 who reached millions of people with his words and ideas. He was driven profoundly by the sense that  he could never do enough to rid himself of the enormity of his sins, though he tried every possible method of doing so — and a  man who ate heartily, advocated drunkenness to combat despair, and disdained the celibate life.

Martin Luther’s work started Protestant Christianity. His writings became the basis for the Lutheran denomination of Protestantism. His protests against corruption helped to motivate a massive reformation within the Catholic church. Through his writings and his especially his translation of the Bible into German, he standardized one dialect of German in a country that had previously been separated into such varied dialects that its people could not understand one another. That’s a lot of work for a career that didn’t begin until Luther was thirty and ended with his death at sixty-two.

In this course, the first of two related courses on the life of Martin Luther by this instructor, Dr. Alec Ryrie examines Martin Luther’s life and career. He offers an overview of how Luther’s early writings created a foundation for a movement that would eventually become the Protestant Reformation.

For a preview of the course, please click below.

Know who this is? If not, and if you are interested in educating kids in the Christian faith, you might want to learn.

This is Steve, and he’s the main character in the incredibly popular pixelated video game Minecraft. Minecraft is an open-ended game in which players travel through an infinite world of various terrains, interacting with different natural objects, all composed of blocks — dirt, grass, metal ores, rock, sand, wood, etc. Players build the blocks into thousands of different objects — houses, beds, lamps, boats, even working trains. To get a stronger sense of how the game works, here’s the trailer.

Minecraft is a uniquely far-reaching way to communicate with kids because it’s both versatile and popular. It’s the second best-selling video game of all time with over forty million players every month. A huge percentage of these players are children . Schools use it all the time, and the game provides excellent opportunities for Christian educators as well.

Here are five suggestions for ways to use Minecraft to educate kids about Christianity. You can try these at Sunday school or in VBS if you can get access to a few tablets or laptops for kids to share, or at home. (The kids’ skill levels will vary, but that offers a great opportunity for the more skilled kids to share their expertise with the less skilled ones.) Most of these work best in creative mode. Some would work best as ongoing projects, though others could be done in a single day or class period.

If you have used Minecraft to teach kids or have other ideas about using Minecraft to talk with kids about faith, please comment. We’d love to share your ideas.

We just launched A 7-Week Advent with Stephen Smith For Individuals and For Groups. If your reaction to that title was to say to yourself, “Seven weeks of Advent? Why would they do that??” then please click on this link and listen to the song for a moment. Can you feel the pressure? This song is merry. MERRY. This song and others like it will be played at your at top volume during the month of December until you too become merry! Resistance is (or at least can come to seem) futile.

Nevertheless, a Christian trying to hold out for a contemplative Advent in December may be able to resist Andy Williams’ demands. Though the scents of specialty Christmas drinks may beckon, she may be able to turn her head away. She may pack the Christmas cookies given by her friends at the office resolutely in a cupboard until December 25 and hold her head high amidst the rustling of wrapping paper and the twinkling of tinsel. 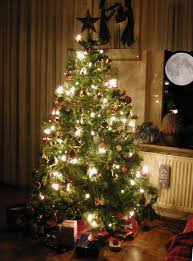 But — most Christians do buy or make gifts for others for Christmas. Which means purchasing them or making them ahead of time. And most Christians do have a dinner of some kind on Christmas day. Turkey or roast beef. Christmas cake. Which means putting some energy into baking and cooking for it. Christmas trees are lovely, with their twinkling lights and carefully crafted ornaments. There’s no harm in decorating one a few weeks ahead of time. And what about those dear friends who invite you to come sing Christmas carols and drink cocoa? Before she knows it, even the most resolute, Advent-loving Christian can find herself  wrapping presents and belting out “O Holy Night” with the best of them.

This hymn is quiet by comparison. Sometimes “O Come O Come Emmanuel” and the season it represents — the contemplative, quiet preparation for the coming of the Lord, a focus on our need for repentance– have trouble being heard over the din. The Advent season can be drowned out, even when we make our best efforts to stay focused.

For this reason, Stephen Smith’s congregation has become a part of The Advent Project and extended the celebration of Advent at their church to seven weeks instead of four. Advent, Stephen argues, is a season in its own right. It’s a time of holy contemplation and preparation, so why not start it a little sooner? Give it a few weeks to sink in before determined merriment and Christmas preparations start to kick in? At the very least, those three weeks allow for less rush and distraction as we celebrate Advent; at most, it gives people an Advent season that they otherwise won’t notice through the Christmas rush.

In this course, Stephen Smith outlines reasons and ways to celebrate the Advent season over a period of seven weeks instead of four. This course is ideal for Christians who are looking for new ways to celebrate a holy  and contemplative Advent. For a preview, please click below.