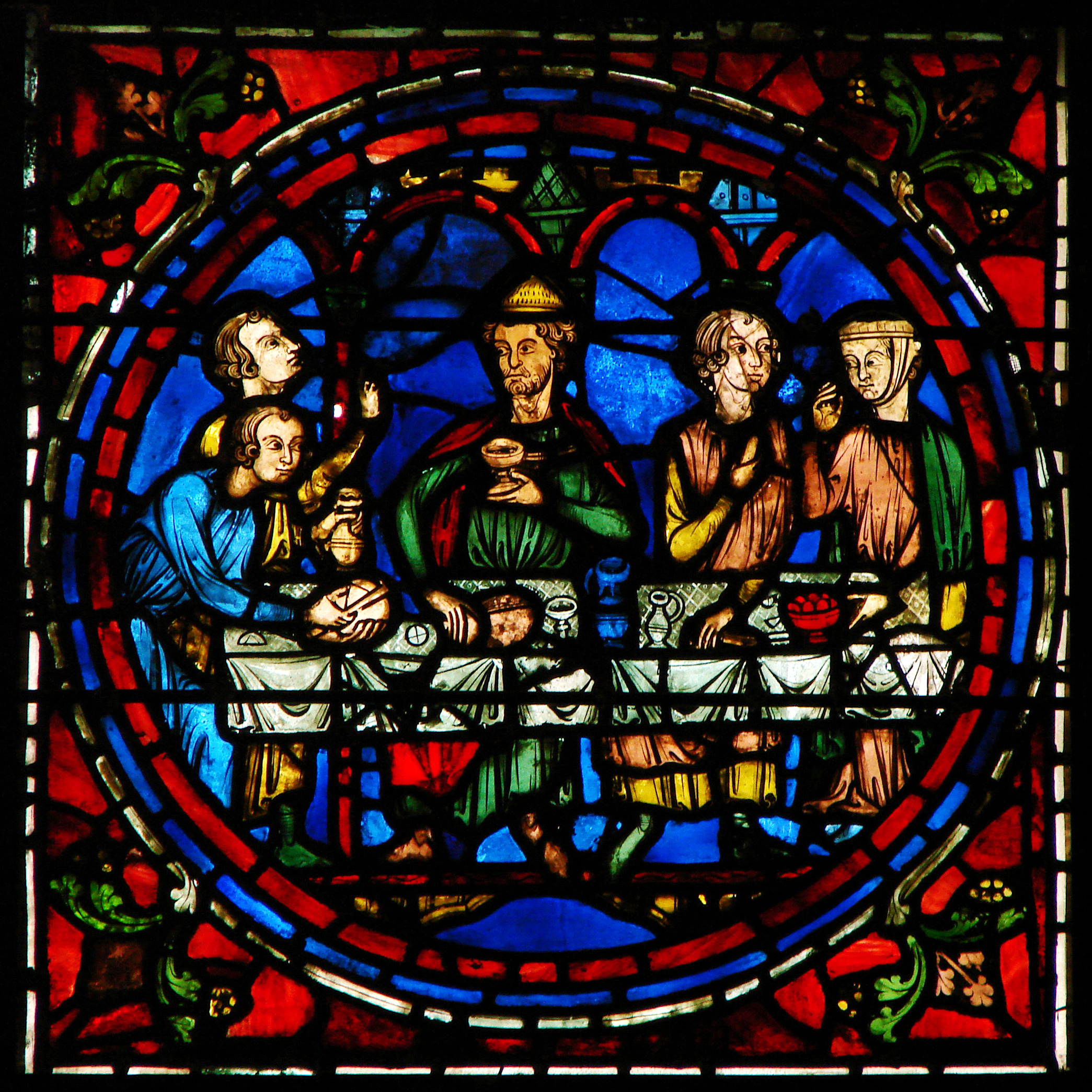 We just launched The Ministry of Stained Glass with Jackie King For Individuals and For Groups.

In the early twelfth century, a German monk who used the name Theophilus (though it may have been a pseudonym) wrote a treatise called On Diverse Arts in which he discusses in useful detail the methods by which medieval artists made stained glass windows.

The steps that he describes include the creation of the glass itself, which was done by melting potash (a combination of sand and wood ash) and adding powders to the molten glass to color it. The artist created a pattern that was traced onto the glass and the pieces were cut and in some cases painted. The pieces were wrapped in lead strips, fitted together, and soldered into place. A cement (made of unknown ingredients, though historians speculate the chalk and linseed oil were involved) was applied to the lead, and the window was installed.

In this course Jackie King, who leads tours and discussions about stained glass at Washington National Cathedral,  explains modern methods of creating stained glass windows. If you compare them to the ways that people made them for Medieval churches, you will find that the stained glass craftsmen of the Middle Ages and the men and women who create windows for churches today utilize many of the same basic techniques. The window patterns have changed in style over the ages, but similar methods and challenges unite the stained glass artists of today with their predecessors of many centuries ago. They take basic elements from the created world, apply fire and strength and craftsmanship, and use these elements to celebrate the glory of God and of God’s creation.

For a preview of the course, please click here.

Image 1: Detail from Notre-Dame de la Belle-Verrière, a thirteenth-century window at Chartres cathedral in France. This part of the window depicts the Marriage at Cana. Public Domain.